Jump to content Jump to navigation Jump to search

Norway-based Statkraft adds 39 wind farms across Germany and four wind farms in France to its European onshore wind power portfolio. The acquisition marks the market entry as an owner of a wind farm portfolio in Germany and France and is in line with Statkraft’s strategy to ramp up as a wind and solar developer and become one of the leading renewable energy companies globally. Statkraft is already a major developer in the European solar market after acquiring solar pioneer Solarcentury last year.

“Statkraft has an ambition to grow further within hydropower, wind and solar power. We aim to be a major wind and solar developer with a development rate of 2.5 to 3 gigawatts per year towards 2025. Today’s acquisition further strengthens our role as a key renewables player in Europe and gives us the ability to further grow our portfolio in Germany and France,” says EVP European Wind and Solar Birgitte Ringstad Vartdal.

"With our solid experience in developing, managing, operating and marketing renewable assets, Statkraft is the right owner of the acquired wind farms to continue optimising operations and to bring part of the portfolio into lifetime extension,” she adds.

The German wind farms, spanning from Bavaria in the south to Schleswig-Holstein in the north, have a total installed capacity of 311 megawatts (MW) and will significantly leverage Statkraft’s presence as an owner and developer of renewable assets in Germany. The country is the largest renewables market in Europe in terms of installed capacity, expected growth and repowering potential. Earlier this year, Statkraft announced the development of the onshore wind farm Rappenhagen in Northern Hesse, marking the market entry as a wind developer in Germany. Statkraft entered Germany in 1999 and has since then developed into a continental hub for energy solutions, trading and power plant operations.

In France, the wind farms are located across the Normandy, Nouvelle-Aquitaine and Pays de la Loire regions and have a total installed capacity of 35 MW. The acquisition will allow Statkraft to further grow its asset portfolio and existing business in the country. Statkraft opened its office in Lyon in 2009 to provide the French market with the company's experience in hydropower and has since then expanded into solar and wind power.
The parties have decided not to disclose the transaction value.

About the wind farm portfolio: 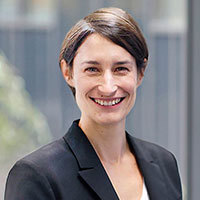